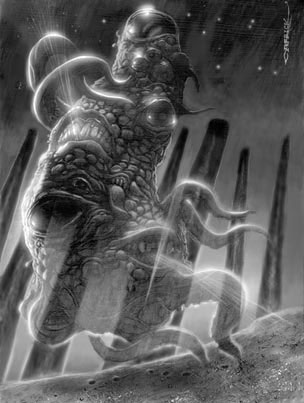 I’ll be the first to admit that I'm not the best at running a serious game. My style is laid back and I tend to joke around. But this Cthulhu game was a special request for a mate who’s headed overseas. A final roll of the dice with the old crew. You need to be in the right mindset for a Call of Cthulhu session. A few weeks back we weren’t but we soldiered through to the end of a quality scenario - Edge of Darkness.

Where it went wrong:
Things went well enough but could have gone so much better. Cthulhu needs more prep and player buy in order to be successful than a simple game of D&D.

Enough whining! Here are some things that happened: